The History of Jeyakanth and the LEFC – Part 2 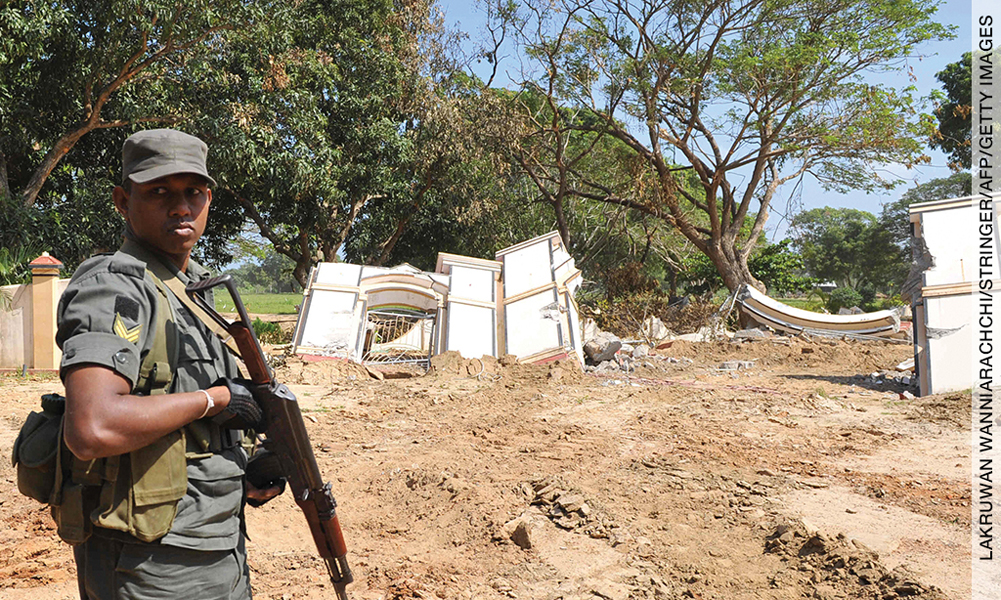 This is the second in a series of articles on the life story of Jeyakanth and the history of the LEFC (Lanka Evangelical Fellowship of Churches). It explains a remarkable deliverance in Jeyakanth’s life and the the establishment of the first Lanka Churches.

Part 1 ended with Jeyakanth facing probable death. In 1990, during the civil war, when he was only 19, he was on the run caught between hostile government forces and the Tamil Tigers. Captured by a government army commander he was taken to the army camp, which usually meant you would be killed.

A meal with the commander

On his arrival, the commander called him Father, a term used for any Christian leader, and quite unexpectedly invited him to join him for a meal. He was led past terrified prisoners who were tied up and treated as if they were dogs. The commander said these prisoners were suspected of being Tamil Tigers. Jeyakanth knew their likely fate – torture and then death. This only added to his growing fear.

Jeyakanth was shown to the dining room, where he was taken aback by the sight of the meal on offer. The table was laid out with chicken and beef curries, tasty vegetables and all types of fruits, the like of which he had not seen in a long time. It was a strange experience. Instead of facing death, Jeyakanth found himself eating like a king!

A letter of commendation from the commander

The commander informed him that they were going to start a bombing campaign in the jungle where they suspected the Tamil Tigers were hiding. To protect innocent people the commander was going to create a refugee camp in the school building in Thampalagamam.

He then typed and signed a personal letter for Jeyakanth stating that he ‘the Rev Father Jeyakanth was a respectable man and was not to be arrested.’ This proved to be a life saver as whenever Jeyakanth was stopped he simply showed the soldiers the commanders letter and was immediately called ‘Sir’ and treated with respect!

In charge of the Refugee camp

Then something equally as unexpected and remarkable occurred. The commander told Jeyakanth that he was putting him in charge of the refugee camp and that it would be up to him to decide who could stay there. Jeyakanth, a young Tamil on the run had now been appointed, despite his tender years, to a position of great importance and influence. He was only 21 years old. There could only be one explanation. God had worked in the commander’s heart so that he would look favourably on Jeyakanth. The impact of Jeyakanth’s new authority was immediate. Some of the very people in the village of Thampalagamam who had threatened Jeyakanth now pleaded with him to let them come into the camp!

Even the NGO’s (Non-Government Organisations) who were providing international aid during this time were told that food distribution must also go through Jeyakanth. The situation had echoes of Joseph in Egypt!

This period proved to be a time of real spiritual blessing and Jeyakanth was able to speak freely to the people in the refugee camp about God’s love for them and many turned to Christ. This great harvest of souls among the refugees in Thampalagamam formed the basis of the future church there.

After a while the civil war calmed down a little and some of the people were able to return to Thampalagamam. The many gypsies who had turned to Christ left their old ways of life and built houses to live in and learned new trades. The church in Thampalagamam steadily grew and Jeyakanth was able to take on two young converts as assistants, Rajendran and Subramanaim.

As the work grew Jeyakanth felt his need for Bible training in order to be better equipped to lead the church, so in 1994 he came to London to study at the Metropolitan Tabernacle.

By 1999, Jeyakanth had planted two further churches with his two assistants becoming their pastors, Subramanaim in nearby Palayoothu and Rajendran in Muthur.

One man converted through Jeyakanth’s witness was Nathan and the Muthur church began in his home. A handful of people were converted and by 2004 the church had grown to thirty or so believers and the first church building was opened.

Muthur was in a war-torn area, about four hours’ drive from Thampalagamam. It was a Tamil Tiger stronghold, and there was a lot of hatred for the Christians. One night a Hindu villager set fire to the church. Unknown to him, a grandmother and her grandchild were asleep in the building but they managed to escape and were able to identify the man.

Rajendran reported the man to the local police and he was prosecuted and put in prison. This caused uproar in the village and aroused great anger against the Christians. A public meeting was held where the police asked Rajendran what he thought should be done with the man. Rajendran said that as a Christian he wanted to show mercy to the man and so argued that he should be released without charge.

Until this time, the few Christians there had struggled to have any impact on the village. However, having witnessed Rajendran’s kindness, many Hindus changed their attitude towards the believers and many doors opened to him. Now Rajendran was able to talk freely about the Lord Jesus and from this time onwards, the church quickly grew.

The civil war was still raging though and most of the LEFC churches were either in or close to areas controlled by the Tamil Tigers. Abductions and killings were frequent and Jeyakanth had many threats to his life. Here is just one example.

One Wednesday night in 2000 when Jeyakanth and some of the pastors were asleep there was a knock at the door and when they opened it, outside stood a group of Tamil Tigers with AK47 rifles. They told Jeyakanth that their leader wanted to meet him and ordered him to follow them.

The meeting took place in the jungle but before letting Jeyakanth go he demanded he raise £2500 in two weeks or he would be killed. His church people were too poor to raise that sort of money and Jeyakanth became very sick and depressed. The situation seemed hopeless but every day at 4 in the morning the church gathered to pray for him.

After two weeks of prayer, two members of the congregation believed God was telling them that Jeyakanth should go and meet the leading Tamil Tiger commander in the area to speak to him about the situation. So taking his life in his hands Jeyakanth set out.

To be continued in the next magazine