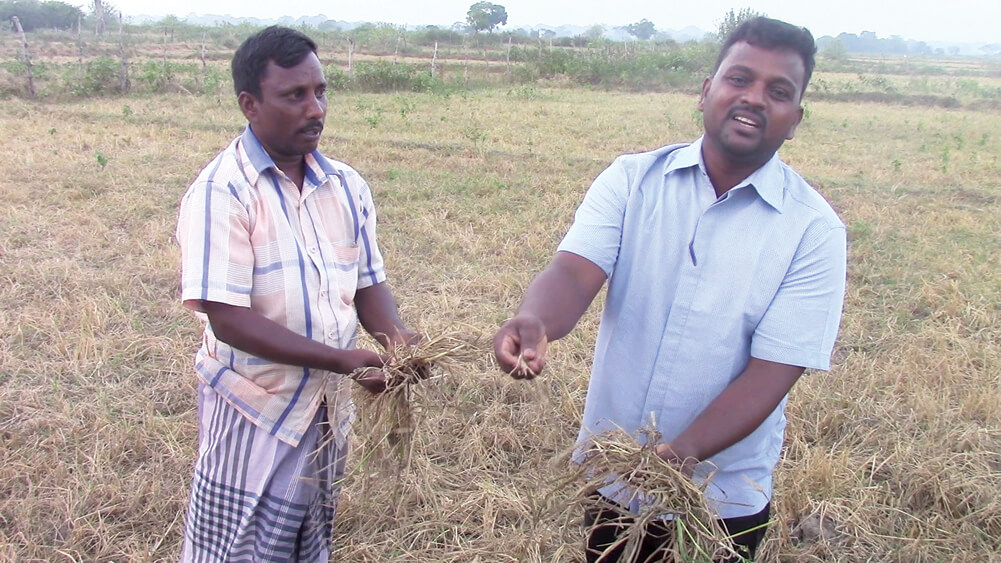 75% of this year’s rice harvest lost

An extract from August’s report from the Northern Province talking about the social impact of the ongoing drought.

‘The constant hunger and thirst give rise to arguments and fights in families and the loss of livelihood has led to depression and suicide. Some, especially the young, have been forced to steal in order to survive.

Many had started the year by borrowing heavily to prepare the soil and buy rice seed. When the crop fails, they have no means of repaying their loans. This leads to a state of helplessness.

There are arguments and fights in the family and seeing one’s children go to school on an empty stomach, all lead some believers to discouragement and apathy.

Family women are tempted to go to Middle Eastern countries to earn some extra money. Without proper supervision of the mothers, children in such families tend to go astray.

Many families are broken, and husbands and wives remarry without a thought for their children. Many children endure abuse and ill-treatment at the hands of step-parents. Some children have dropped out of school.’